RV Quizcorp is the official group for the RV Quizzers. It’s one among the best quiz team in India. It organizes many events in a year. Most prominent one is Under The People Tree (UTPT). 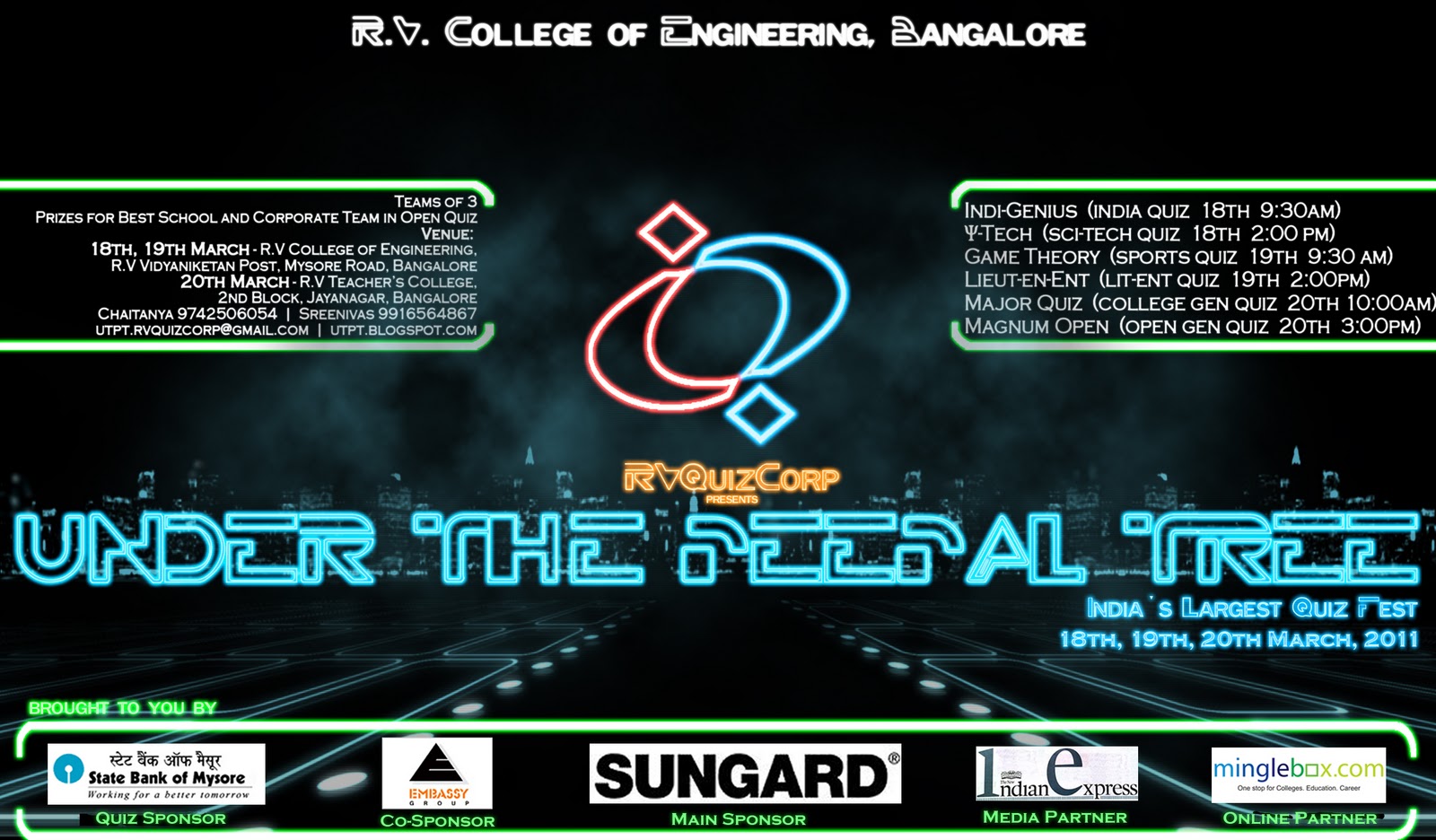 About RV QuizCorp in wiki:

RVQuizCorp is the quiz club of RV College of Engineering, Bangalore, one of India’s most well known engineering colleges. RVQuizCorp had its humble beginnings about ten years ago when two enterprising quizzers Avinash Mudaliar and Gopal Srinivasan, decided that a stage for testing mental prowess was of order in RVCE. Buoyed by the signs of interest shown by the students and the encouragement of the then principal, Prof. M.R. Holla, quizzing in RVCE emerged to be more than a hobby – it became a culture. Ever since, the tiny seed of an idea has transformed into the dense foliage of intellect and profundity it now is.

RVQuizCorp is among the most widely respected and, most feared quizzing clubs in the country. As quizzers and quizmasters, its members have displayed their mettle at every conceivable level.

To nurture and encourage budding quizzing talent in the college, RVQuizcorp organizes weekly quizzes and meetings. Come rain or shine, juniors and seniors from the club assemble week after week at our favourite haunt, “On the Rocks” at Cubbon Park. Topics for these meetings have been quite eclectic, ranging from popular subjects like Music and Sport to highly specific and specialized ones like Harry Potter and Combat Aircraft. Besides these regular quizzes, an annual event called ‘Funda Mental’ is conducted to determine the best team in college. The credo of the club is not just to increase the general awareness levels of its members, but also to inculcate in them the ability to think differently.

RVCE is the only institution in the country to have sent three teams to the prestigious BBC University Challenge Quiz hosted by Siddharth Basu on BBC World. A team consisting of final year students was invited for an exhibition round to kick off the inaugural season of the BBC University Challenge where they were pitted against Glasgow University, U.K. Then on, two pre-final year teams have made it to the televised rounds in the inaugural (2003) and the second season (2004).

View this document on Scribd